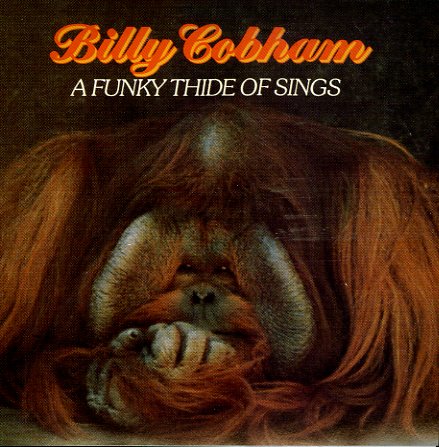 Sagittarius
Mondo/Music On Vinyl (Netherlands), 1975. New Copy
CD...$4.99 13.99
A fantastic album by one of the greatest funky keyboard players of the 70s! Frank Cunimondo may have never made it out of his native Pittsburgh during much of the decade, but albums like this will forever ensure that his name be known in the ranks of groovers everywhere! The album features Frank ... CD

3
Atlantic/Wounded Bird, 1979. New Copy
CD...$6.99 11.98
A mix of fusiony jazz rock, a bit of funk and some more sweeping arrangements – sometimes in the span of a single song on this fairly underappreciated Atlantic set from Jan Akkerman! Mixing easy listening and funk is the kind of thing that's pulled off pretty well, or falls completely flat, ... CD

Oceanliner
Atlantic/Wounded Bird, 1980. New Copy
CD...$6.99 11.99 (CD...$11.99)
The famous fusion combo hits the 80s with a mighty sweet sound – a style that adapts some of their older electric modes of the previous years with a slight shift in instrumentation and groove! All the core elements are still very much in place – especially the work on reeds and keys by ... CD