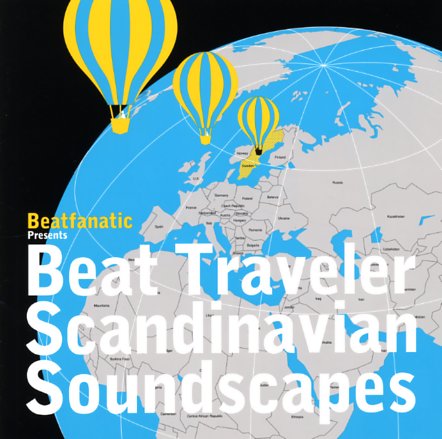 A collection of Beatfanatic tunes and other tracks he's remixed – put together with enough depth to stand as a Beatfanatic album on its own! The European beat maker's touches are all over the set – which has a bristling, crisp sort of feel that's totally great – a style that's somewhat cosmic, but never too much so – and which brings in elements of hip hop to the rhythms, but never lets them take over. Most tunes have a bit of a jazzy vibe, which is part of Beatfanatic's approach – and the CD also features 5 tracks that are either completely unreleased, or unreleased edits. Titles include "Colors (Beatfanatic rmx)" by Charlie Void, "VSOP (Beatfanatic edit)" by Stockholm Cyclo, "O Mundo E Seu (Beatfanatic rmx)" by Roman Andren, "Le Voyage" by Stockholm Cyclo, "Just Can't Get Away From You (Beatfanatic rmx)" by Secret Stealth, "Amber Lady (Beatfanatic rmx)" by Roman Andren, "A New Style" by Southside Break Crew, and the cuts "Let Us Pray (ext mix)", "Broken Descarga (12" mix)", and "Disco Skank" by Beatfanatic.  © 1996-2021, Dusty Groove, Inc.
(Out of print. Includes obi.)