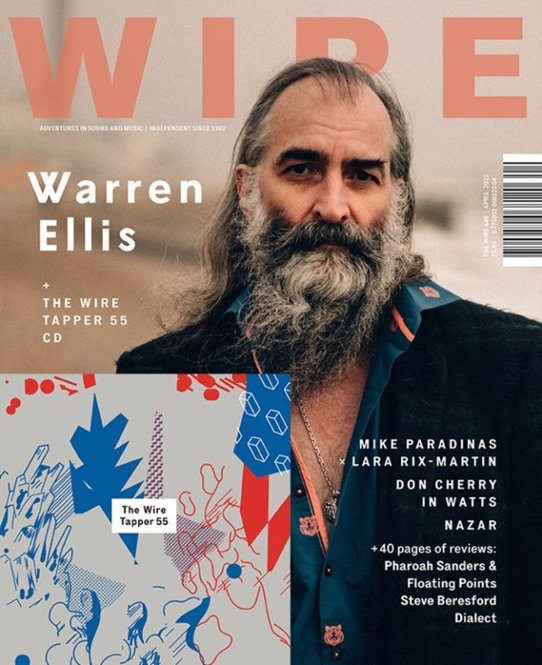 That's Warren Ellis on the cover, and the issue features a nice article on his work with Nick Cave, Marianne Faithfull, and others – although the main draw for us is a great look at the early years of Don Cherry in Watts – back when he was a key part of the LA underground, in a detailed article accompanied by some great vintage photos! The issue also has a feature on Angolan producer Nazar, plus singer Nakui Krishnamurthy, composer Ann Rosen, and the great Japanese saxophonist Kohsuke Mine. There's lots more too – including a nice piece by Val Wilmer, William Parker on Ornette Coleman at the Golden Circle, and Mike Paradinas and Lara Rix Martin on the Invisible Jukebox! Also includes a bonus CD – with music by Muslimgauze, Craig Scott's Lobotomy, Gentle Fire, Nun Gun, Mariel Roberts, Mazz Mann, Carlos Nino, and others.  © 1996-2021, Dusty Groove, Inc.
(Includes The Wire Tapper 55 CD!)