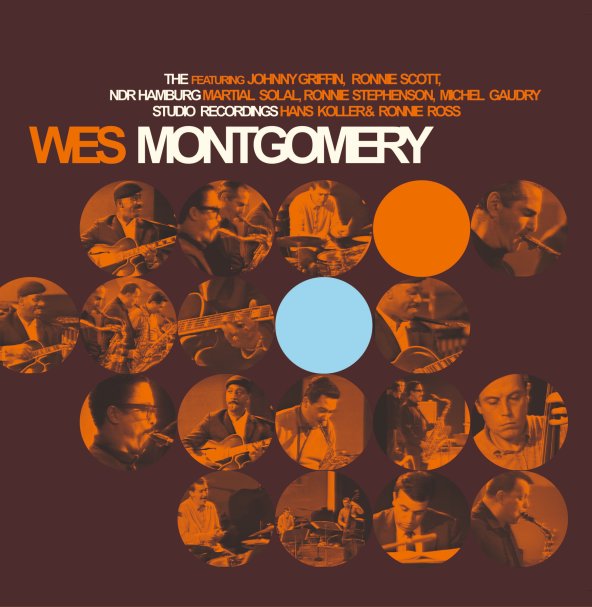 A tremendous lost chapter in the career of guitar genius Wes Montgomery – material recorded in Germany in the mid 60s – complete with backings by a large group who give the whole thing a vibe that's a bit like some of the charts that Oliver Nelson would score for Wes on Verve! The recording quality is great, and the tracks really stretch out beautifully – with some arrangements by Wes, and others by saxophonists Johnny Griffin and Ronnie Ross – who both play on the record as well! The setting is live, tracks are long, and Montgomery seems to have even more bite than on some of his studio recordings – on titles that include "Four On Six", "Last Of The Wine", "Leopard Walks", "Blue Grass", "Opening 2", and "West Coast Blues". Plus, the set also comes with a blu-ray video of rehearsals for the set – with work from Johnny Griffin and Ronnie Scott on tenor, Ronnie Ross on baritone, and Hans Koller on alto – really hard swinging in a Clarke Boland sort of way. And heck, even Martial Solal is in the group on piano too!'  © 1996-2022, Dusty Groove, Inc.

Wes Montgomery In Paris – The Definitive ORTF Recording
Resonance, 1965. New Copy 2 CDs
CD...$13.99 24.99
Beautifully-recorded material by the great Wes Montgomery – some fairly open-ended tracks recorded for French radio in the 60s – with guest work from tenorist Johnny Griffin on a number of tunes! The core group here is great enough on its own – as Wes' guitar is backed by superb ... CD

McCoy Tyner & Freddie Hubbard Quintet – Live At Fabrik Hamburg 1986
Jazz Line (Germany), 1986. New Copy 2CDs
CD...$23.99 26.99
A tremendous pairing of players – each stretching out here with even more of a sense of majesty than you might normally hear in their best recordings of the time! The tracks are all nice and long, and really driven by the modal energy of the piano of McCoy Tyner – who's working here ... CD