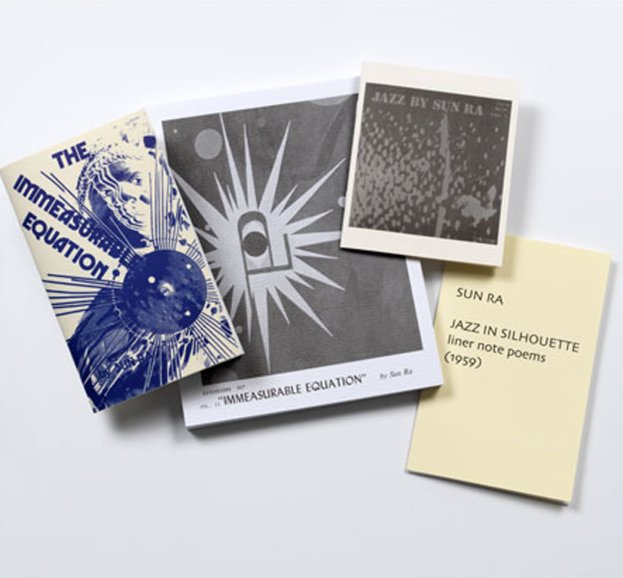 An incredible package – one that brings together four rare publications by Sun Ra – printed words that are every bit as groundbreaking as his music – and which together represent the farther-flung corners of his vast cultural enterprise! The set represents each of the texts in the manner in which it was originally presented – save for the yellowing paper of the originals – so that two are small pamphlets, one is a slightly larger booklet, and the last is a huge stapled publication – each with a size, feel, and presentation that's like their originals! First up are the pamphlets that came with two early Ra records – Jazz By Sun Ra and Jazz In Silhouette – the first a booklet of liner notes with some poems, the second much more poetic, and originally done as a mimeograph that quickly deteriorated. Next is the famous Immeasurable Equation – a book of poetry from the mid 60s, which also features some writings by Ra on both his career and politics. Last is the huge Immeasurable Equation Vol 2 – a much larger book of poetry from 1972, presented on full sheets of paper stapled together with a textured cover of artwork. All four are impossibly hard to find – and in the format here, it's as if you had the originals in your hands, but in mint condition!  © 1996-2022, Dusty Groove, Inc.