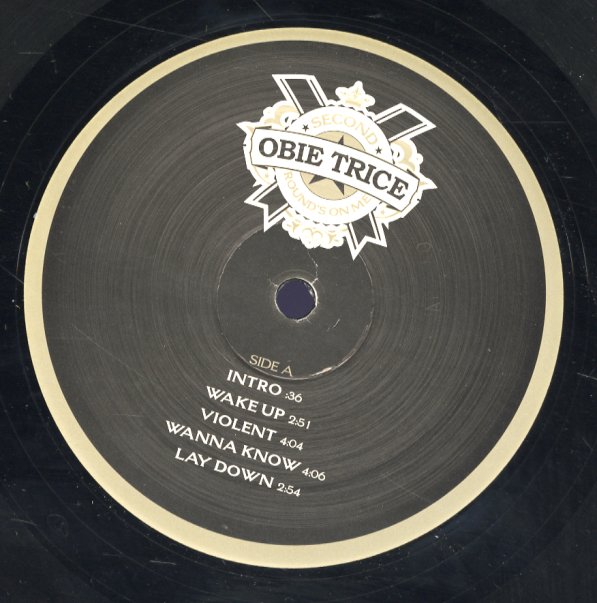 Second Round's On Me (Clean Version)

Streets is Watching – Original Soundtrack
Roc-A-Fella, 1998. Very Good+ 2LP
LP...$24.99
The cuts to check for here is Jay Z's "In My Lifetime remix", twice as long as the original, and the best track he's done in a while and "Celebration" featuring Jay Z, Memphis Bleak, Sauce Money and Wais. Also includes Jay Z "Only A Customer", MOP "My Nigg@ Hill ... LP, Vinyl record album

Further Adventures Of Lord Quas
Stones Throw, 2005. Very Good+ 2LP
LP...$39.99
Lord Quas returns for another batch of booming, mad-blunted hip hop – an even more sprawling, surreal ride than the Unseen LP! Quasimoto was and still is Madlib's outlet for his most cartoonishly blunted, eccentric tendencies – and he really lets 'em fly on this set! The Unseen LP had ... LP, Vinyl record album

Wanted Dead Or Alive
Cold Chillin, 1990. Near Mint-
LP...$39.99
Production by Large Professor, Eric B, Biz Markie and G Rap keep the beats fresh, while the MC with the crisp lisp delivers the lyrical goods on classics like "Talk Like Sex", "Erase Racism", "Streets Of New York" and "Money In The Bank". Also includes ... LP, Vinyl record album

Cracker Beats Vol 1
Slammin, 1990s. Very Good+
LP...$11.99
Produced, arranged and mixed by Prince Quick Mix & The Undercover Brother. Titles include "So I Can Get Some", "Funky Pebbles", "Gotta Groove", Walk With Me", and "Gumba Gumba". LP, Vinyl record album