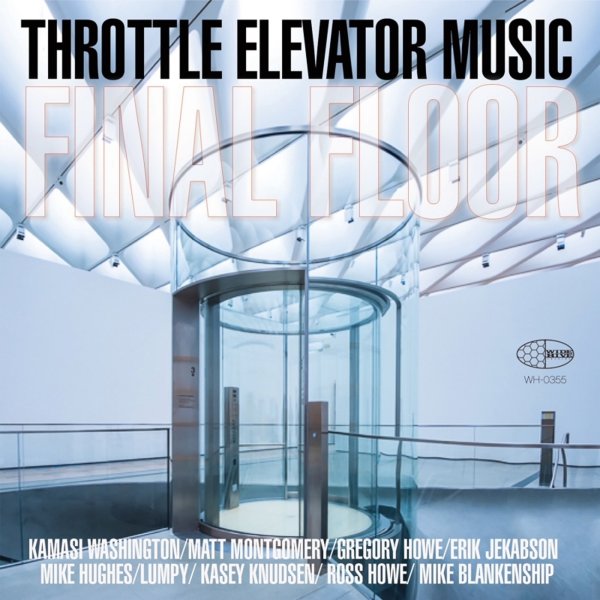 We certainly hope this isn't the final floor for Throttle Elevator Music, as we've always enjoyed the many sounds the group has given us over the years – styles served up here on a record that's almost a testament to the collaborative growth of the ensemble over the past decade or so, as the album brings together recordings made over various years, with new work added in recently to complete the set! As usual, Gregory Howe is at the core – handling most of the arrangements and overseeing the recording, with equal help from longtime musical partner Matt Montgomery on bass – opening up into a lineup that also includes Kamasi Washington on tenor, Erik Jekabson on trumpet, Kasey Knudsen on alto and tenor, and Mike Blankenship on a bit of Farfisa organ! You can definitely feel Washington's presence when he's on a session, but the overall sound of the record is equally nice – a real evolution of the group's sound from the start, maybe served up in part by the more recent touches added to the mix by Howe. Titles include "Supraliminal Space", "Caste Off", "Daggerboard", "Ice Windows", "Rooftop Sunrise", "Return To Form", "Heart Of Hearing", and "Recirculate".  © 1996-2021, Dusty Groove, Inc.
(Individually numbered limited edition!)