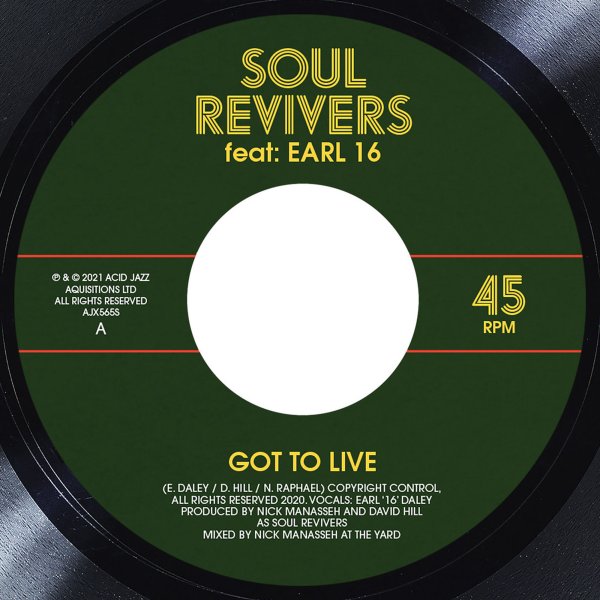 A contemporary cut from the London scene, but one that's got a classic roots reggae vibe – with a very righteous message on "Got To Live", served up by vocalist Earl 16! Earl steps aside on the flip, which has an instrumental take on the tune – a slight bit of dub in the production, but mostly a focus on the laidback rhythms, topped with trombone!  © 1996-2021, Dusty Groove, Inc.