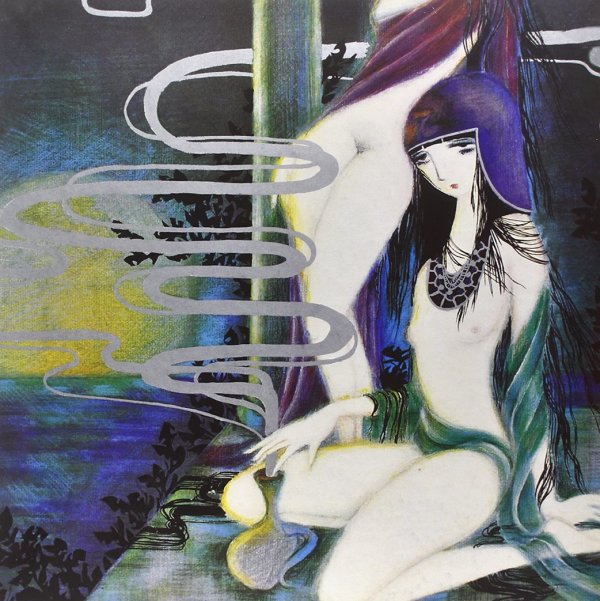 A record with a really trippy cover – and a sound within that mixes elements of that image with a surprisingly sweet and soulful sound! Vocals are in Japanese throughout, and while there's some current of groove to the record, Yoshiko Sai works in a mode that's very different than the smoother styles of the city pop generation – with vocals that are more pronounced over the instrumentation – which flows with this beautiful blend of acoustic and electric elements, encompassing some nice touches from vibes, sitar, and tablas next to more familiar acoustic guitar. There's a really timeless feel to the record – almost a bridging of older Japanese female vocal styles with psychedelic inspiration – hard to describe in words, but really beautiful on vinyl!  © 1996-2022, Dusty Groove, Inc.
(Beautiful Japanese pressing – with obi and insert!)