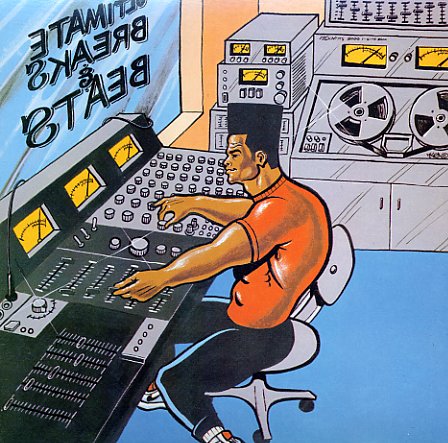 A later volume in this legendary series – but a key installment that shows the transformation of breaks at the end of the 80s! Many of the tunes here were fresh "discoveries" at the time – but have gone onto become some oft-sampled breaks and stand-alone funk classics – and this volume may well be one of the most solid sets in the whole series! 3 of the 7 tracks are mixed to extend the breaks, and titles include "The Breakdown (part 2)" by Rufus Thomas, "Get Out Of My Life Woman" by Solomon Burke, "The Easiest Way To Fall" by Freda Payne, "Country Cooking" by Jim Dandy, "Joyous" by Pleasure, "You Don't Know How Much I Love You" by Alphonse Mouzon, and "Oh Honey" by Delgation.  © 1996-2023, Dusty Groove, Inc.
(A nice copy.)

It's Uptown
Columbia, 1967. Near Mint-
LP...$14.99 (CD...$6.99)
George Benson's first LP for Columbia – a hard, heavy, soul jazz slammer that bears no resemblance to his overproduced work of the 70s! The album's a real cooker – recorded hot on the heels of Benson's classic work on Prestige with the Jack McDuff group, and sounding a lot like McDuff's ... LP, Vinyl record album