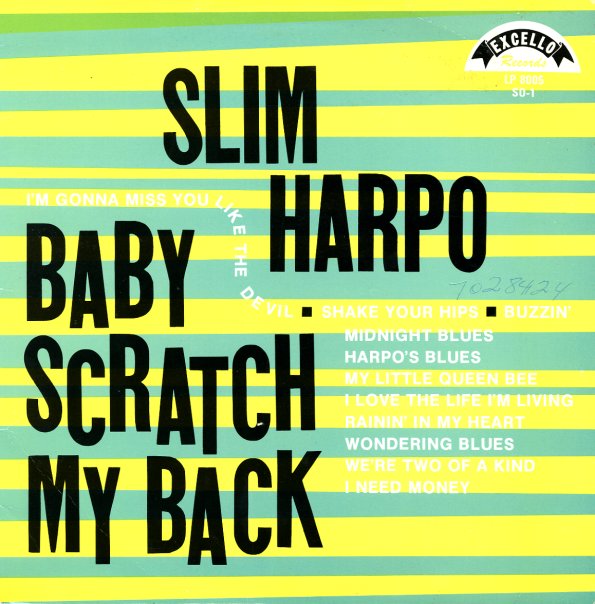 Baby Scratch My Back

A classic album from the mighty Slim Harpo, and one that definitely lives up to the "scratch" in the title! That scratch is present strongly in the rhythms – which have this skittish style that's really a precursor to funk, although a lot more rootsy overall – almost Slim's entry to the sort of grooves that Bo Diddley and a few others were laying down in Chicago, but with a more southern quality overall! All the instrumental aspects of the record are wonderful – Harpo's trademark harmonica lines, and his wicked rhythmic guitar – and Slim's vocals are also excellent, too – with this sweetly bending way of coming across that had an undeniable influence on later singers to come. Titles include "Buzzin", "I'm Gonna Miss You Like The Devil", "Wondering Blues", "We're Two Of A Kind", "I Need Money", and "My Little Queen Be".  © 1996-2022, Dusty Groove, Inc.