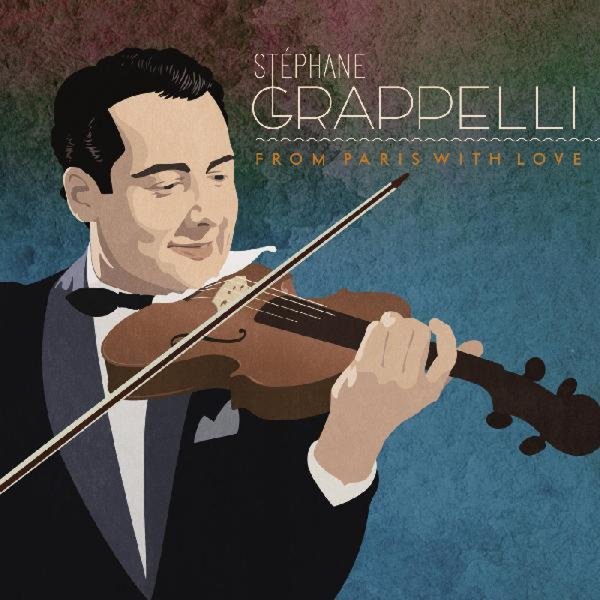 From Paris With Love (3CD set)

A whole host of rare work from this legendary French jazz musician – including 18 unreleased tracks in this 3CD/56 track package! Stephane may look like a classical musician with his tux and violin on the cover – but he's a hell of a jazz player, and one who really transformed both the sound of jazz in Europe, and the use of the violin – thanks to his work with the legendary Hot Club Quintet! CD1 features Grappelli's final recordings with guitarist Django Reinhardt – the famous gypsy swing musician who really revolutionized his instrument in the 30s and 40s – heard here with Grappelli on a total of 21 titles that include "Clopin Clopant", "Just A Gigolo", "La Mer", "Blue Lou", "My Blue Heaven", "What A Difference A Day Makes", and "After You've Gone". CD2 begins with 11 tracks recorded in Paris sessions in 1954 – with players who include Jack Dieval on piano on some cuts, and guitarist Henri Crolla on some others – titles that include "You Took Advantage Of Me", "I Like To Recognize The Tune", "Alemberts", "Looking At You", and "The World Is Waiting For The Sunrise". CD2 also features 6 more tracks recorded in duets with Joe Venuti in 1969 – and CD3 features 18 more live tracks, all material from later years – with work from guitarist Diz Disley!  © 1996-2021, Dusty Groove, Inc.