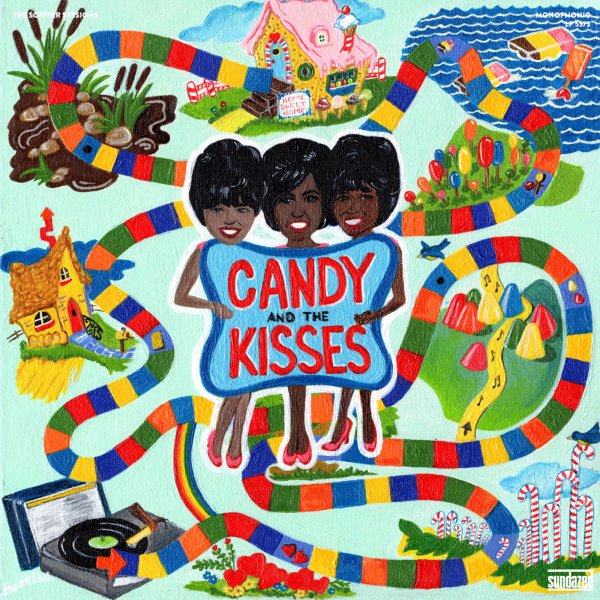 The first-ever full length album of work by Candy & The Kisses – a really great east coast girl group who recorded these tracks for Scepter Records in the mid 60s! The trio are great – and have a way of snapping sweetly and hitting a groove that might have sounded very familiar with a bit of Motown polish, but which is maybe even nicer here with some looser handling by Scepter – a nice sort of bite that's a bit like The Exciters at times! The label only issued a few singles by the group back in the day, which means that eight of the tracks here are previously unissued, and one more was only ever released as a promo track – brought together to give the world a long-overdue full picture of this really lovely group from Staten Island. There's a number of early Ashford & Simpson compositions in the mix – and titles include "The Last Time", "Out In The Streets Again", "I'll Settle For You", "Let Love Win", "Together", "Are You Trying To Get Rid Of Me", "Looky Looky What I Got", "Keep On Searchin", "You Did The Best You Could", "Smokey Joe's", and "One Sweet Kiss".  © 1996-2022, Dusty Groove, Inc.