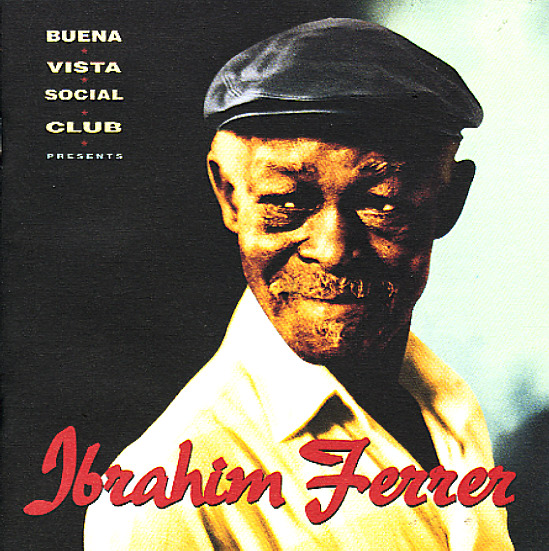 Maybe one of the most wonderful things to come out of the Buena Visa Social Club project of Ry Cooder – a record that introduced many Americans to the voice of Cuban singer Ibrahim Ferrer – a talent from back in the day, but one whose route to US audiences was closed for decades because of politics! We were always a bit skeptical of the sepia-toned attitude of Cooder's project, but this album really stands out – as the warmly sentimental approach works perfectly for Ibrahim's vocals, giving them the right sort of life to cross oceans and boundaries – on titles that include "Silencio", "Herido De Sombras", "Bruca Manigua", "Mami Me Gusto", and "Que Bueno Baila Usted".  © 1996-2021, Dusty Groove, Inc.
(Beautiful 180 gram pressing – with bonus art print, and 16 page booklet!)