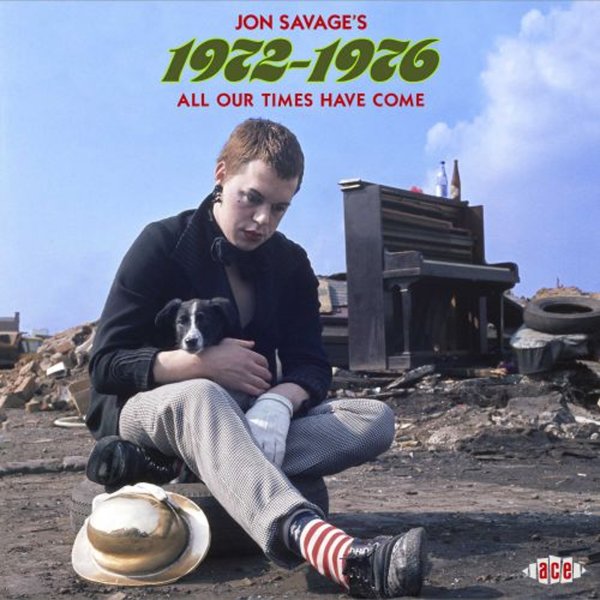 Writer Jon Savage is maybe best known for his work on the early years of punk in England – and here, Savage steps back just a bit – to contextualize the rise of the new music in all sorts of other styles that were bubbling up in the mid 70s! Part of the set is a pathway to punk – especially on some of the glam and power pop cuts that clearly point the way ahead – but there's also a nice mix of hard rock, a bit of prog, and even some catchier numbers that really fit the feel of the package – and show what a wonderful mix of modes was taking place in the mid 70s – a great wake up call to anyone who thinks that things were dead until punk came along! The 2CD package is overflowing with surprises – 44 tracks, with notes from Savage as well – for titles that include "So Far" by Faust, "Hey Joe (version)" by Patti Smith, "Kings Of Speed" by Hawkwind, "Third Uncle" by Brian Eno, "After Eight" by Neu, "Easy To Slip" by Little Feat, "Girl From Germany" by Sparks, "End Unkind" by Grin, "Andy Warhol" by Dana Gillespie, "Yang Yang" by Yoko Ono, "Vicious" by Lou Reed, "She Means A Lot To Me" by Smyle, "When My Baby's Beside Me" by Big Star, "One Of The Boys" by Mott The Hoople, "Max's Kansas City 76 (part 1)" by Wayne County, "Cherry Bomb" by The Runaways, "Train Train" by Count Bishops, "I Don't Mind" by Dr Feelgood, "Slow Death" by Flamin Groovies, and "You Really Got Me" by Hammersmith Gorillas.  © 1996-2023, Dusty Groove, Inc.