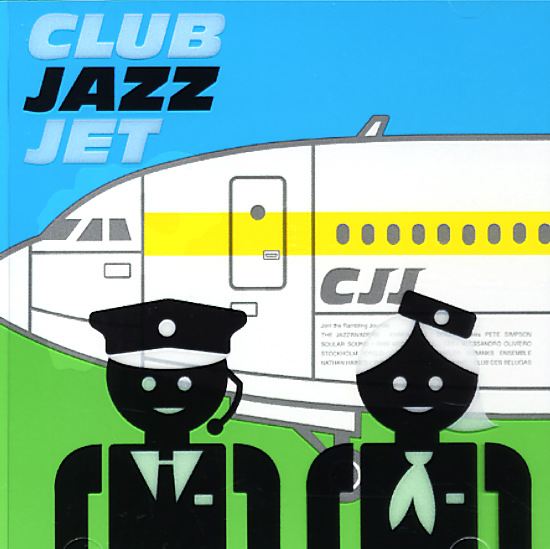 Here's a jet we'd like to fly – one that's filled with contemporary club jazz tracks, all of them uptempo tracks for the dancefloor! The Japanese-only package does a great job of breaking from the ordinary, and doesn't just include some of the bigger names of the club jazz scene of late – but also tracks from a few years back that have a distinctly jazzy feel, but which came into being before anyone thought to label the genre! The rhythms are at the front of most of these numbers, but almost all of them have live jazz instrumentation too – and as usual with Rambling Records, the compilation is really a cut above what you might expect. Titles include "Bonga Bonga Jazz" by The Jazzinvaders, "Butterfly" by Karen Aoki, "Things We Do (alt take)" by Soular Sound, "Won't Give Up (The Realm voc rmx)" by Domu presents Pete Simpson, "Take Three" by Club Des Belugas, "Jazz Is Your Life" by Mitchell & Dewbury Band, "The Blessing Song" by Shirley Eubanks Ensemble, "Menino Das Laranjas" by LTC, and "The Light" by Raw Artistic Soul with Ursula Rucker.  © 1996-2021, Dusty Groove, Inc.
(Out of print, includes obi.)