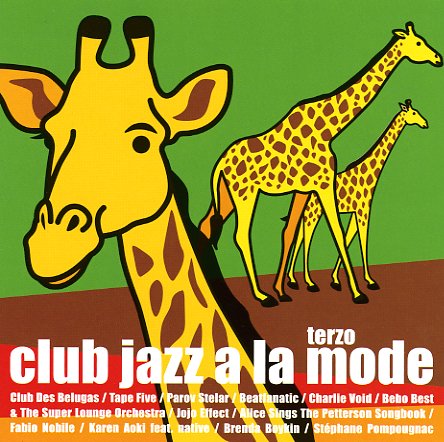 A host of unusual club jazz tracks – a number of which are from groups we haven't heard before! The set's more in a jazzy club mode, than the straight acoustic vibe we usually associate with the club jazz approach – but there's still plenty of great instrumental moments, and a sound that's warmly soulful throughout, even when the beats get a bit heavy, or the instrumentation a bit electric. The package follows very nicely in the vein of the other releases in the series, but digs a bit deeper too – and titles include "Club De Cigale" by Tape Five, "Charleston Butterfly" by Parov Stelar, "Message From Herbie" by Beatfanatic, "Higher" by Jojo Effect, "Il Sorpasso" by Bebo Beat & The Super Lounge Orchestra, "Understanding The Rich" by Alice Sings The Petterson Songbook, "Wonderful" by Brenda Boykin, "Always Love (Sunaga T rmx)" by Fabio Nobile, and "Smooth Operator (DJ Niche & DJ Shinsuke rmx)" by Karen Aoki with Native.  © 1996-2021, Dusty Groove, Inc.
(Out of print, includes obi.)