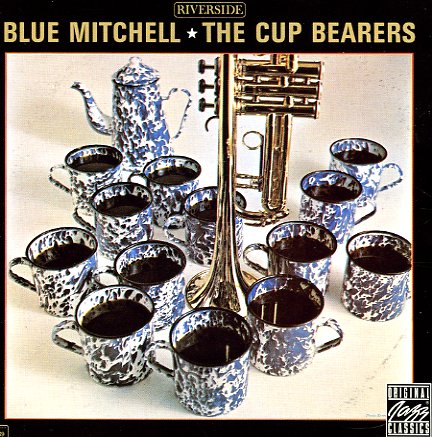 One of the first albums to really show Blue Mitchell's genius as a leader – recorded past the more formulaic bop modes of some of his other Riverside sessions, and handled with a lyrical edge that really gets at the best aspects of his playing. Of course, part of the reason for this is that Blue's in the company of some of his Horace Silver bandmates – including drummer Roy Brooks, tenorist Junior Cook, and bassist Gene Taylor – but even more than that, the presence of a young Cedar Walton on piano really makes the set sparkle, as does the choice of some extremely strong material – such as "The Cup Bearers" and "Capers", both written by that young and glowing jazz compositional lumiary, Tom McIntosh, and the tunes "Turquoise, written by Walton, and "Dingbat Blues", written by Charles Davis. Forgive the long sentence, but the quality of this one's best expressed in a single breath!  © 1996-2021, Dusty Groove, Inc.