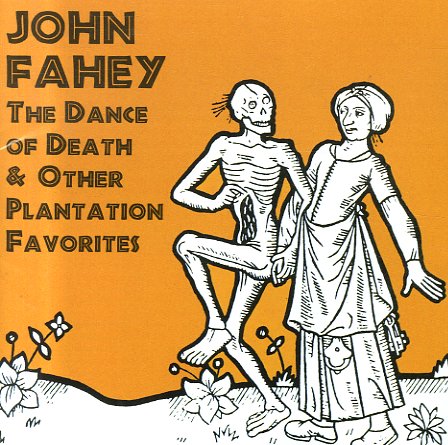 John Fahey Volume 3 – The Dance Of Death & Other Plantation Favorites

Brilliant work from the young John Fahey – a record that instantly captures its time-bending feel with its title, and which more than delivers on its promise with the music! The songs here are hardly real "plantation favorites", but Fahey evokes this antebellum sensibility with his sound – pre-blues, pre-folk modes that are actually his own new inventions on the guitar at the time – a cosmic intertwining of tradition and individual vision that was first set fire with records like this, then continued to inspire for decades to come. Fahey plays solo throughout – save for one duet with William Barth – and titles include "Wine & Roses", "How Long", "On The Banks Of The Owchita", 'Worried Blues", "What The Sun Said", "Revelation On The Banks Of The Pawtuxent", "Poor Boy", "Variations On The Coocoo", "The Last Steam Engine Train", "Give Me Corn Bread When I'm Hungry", and "Dance Of Death".  © 1996-2021, Dusty Groove, Inc.