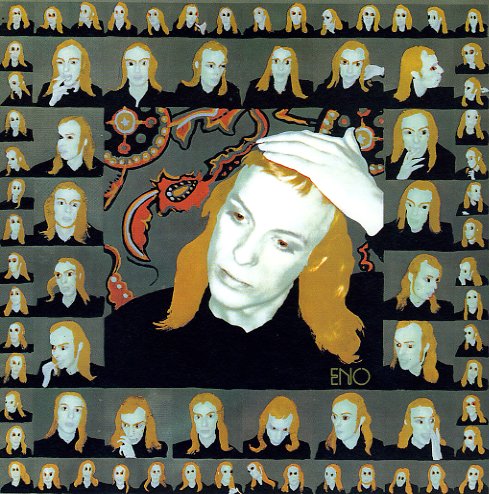 There's never been anyone like Brian Eno in his early years – and despite countless copycats over the years, nobody comes close to the brilliance of a record like this! There's so much going on here – darkness and wit, guitars and quiet, fantasy and sentimentality – all amazingly blended into tunes that shouldn't be catchy, but are – and which come across much more with the oddly rocking vibe of Eno's years in Roxy Music, than any of his later, better-known ambient projects. Make no mistake, that sense of sound that would grace the ambient works is definitely brewing here – as there's very interesting production, unusual sonic elements, and other surprises taking place throughout – in ways that continue to mesmerize and delight as the years go on. Titles include "Burning Airlines Give You So Much More", "Back In Judy's Jungle", "The Fat Lady Of Limbourg", "Mother Whale Eyeless", "The Great Pretender", "Third Uncle", "Put A Straw Under Baby", "The True Wheel", "China My China", and "Taking Tiger Mountain".  © 1996-2021, Dusty Groove, Inc.