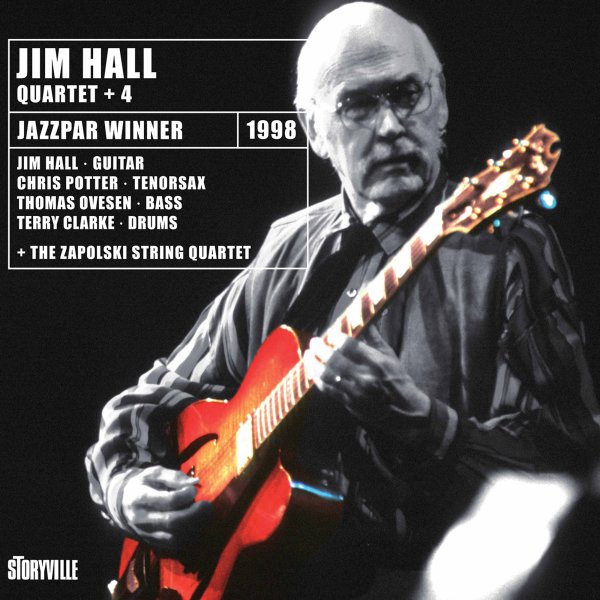 A beautiful Jim Hall experiment for the Jazzpar Prize in Denmark – a special set that features a core combo with additional material from a string quartet – all with results that give the record some of Jim's most tonally beautiful performances from the time! The core group is more than enough – especially as a youngish Chris Potter plays tenor, and seems to bring out these sharper tones than usual from Hall – a sound on Jim's guitar that instantly reminds us what a modernist he can be in the right setting – as the duo are given subtle support from Thomas Ovesen on bass and Terry Clarke on drums. The string group comes in on the second half of the set, and bring in some even more arch tones to the record – quite offbeat and edgey, with much more presence than the more subtle sounds when a group like this accompanies a jazz combo – almost Kronos-like at times. Titles include a cool funky string version of "Purple Haze", plus "Mr Blues", "Stella By Starlight", "Thesis", "In A Sentimental Mood", and "Chelsea Bridge".  © 1996-2021, Dusty Groove, Inc.