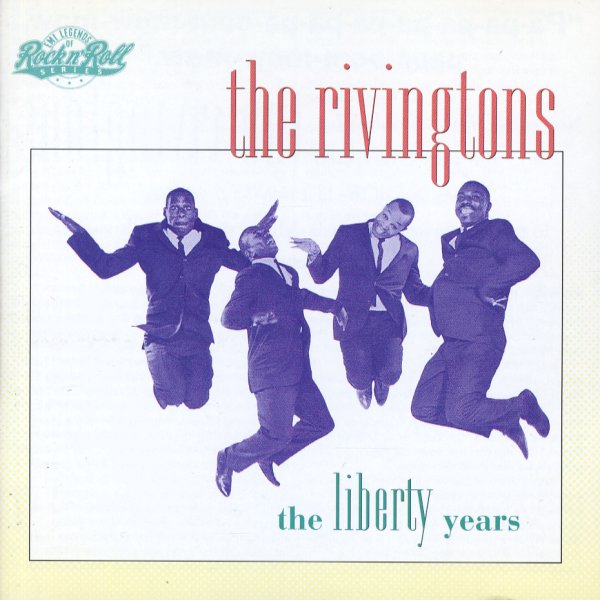 Killer work by The Rivingtons – material recorded in the early 60s, but with all the rough, raw, and pyrotechnic edges of some of the best 50s doo wop! The group are probably best remembered for their title hit, but the whole CD is tremendous – a real treasure trove of under-discovered gems, done in a soaring, leaping, jumping, tumbling harmony style that's simply breathtaking – a groove that almost beats The Coasters and Olympics at their own game! The production is great – tight and focused, in a way that further emphasizes the quick twists and turns in the tunes – and even the few mellower numbers on the record come off well, thanks to the tight harmonies. CD features 23 tracks in all – including "The Bird's The Word", "The Shaky Bird (parts 1 & 2)", "Little Sally Walker", "The Weejee Walk", "Fairy Tales", "Love Pill", "Mama Oom Mow Mow", "Papa Oom Mow Mow", "Deep Water", "Kickapoo Joy Juice", and "Happy Jack".  © 1996-2021, Dusty Groove, Inc.
(Out of print.)