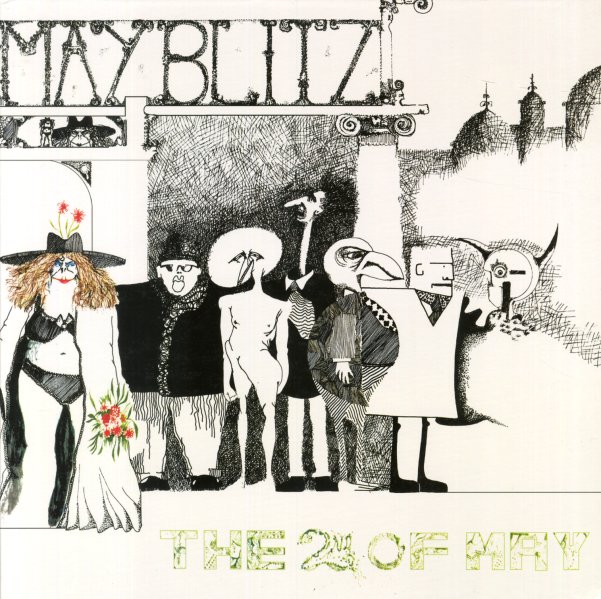 The second album in a too-short run from May Blitz – and a set that has the trio stepping out with even more power than on their debut! It's almost like they've learned to play their instruments with even more ferocity in the space between records – or maybe they're more confident as one of the flag bearers of the power trio format of the time – really wailing with guitar, bass, and drums – at a level that should have made May Blitz as important as some of the bigger contemporaries on the scene! There's a few nice moments that get a bit trippy – maybe a bit of lingering psych, used in a really great way – and titles include "In Part", "Snakes & Ladders", "The 25th Of December 1969", "8 Mad Grim Nits", and "High Beech".  © 1996-2021, Dusty Groove, Inc.
(Part of the "Golden Era Of Rock – 1965 to 1975" series!)