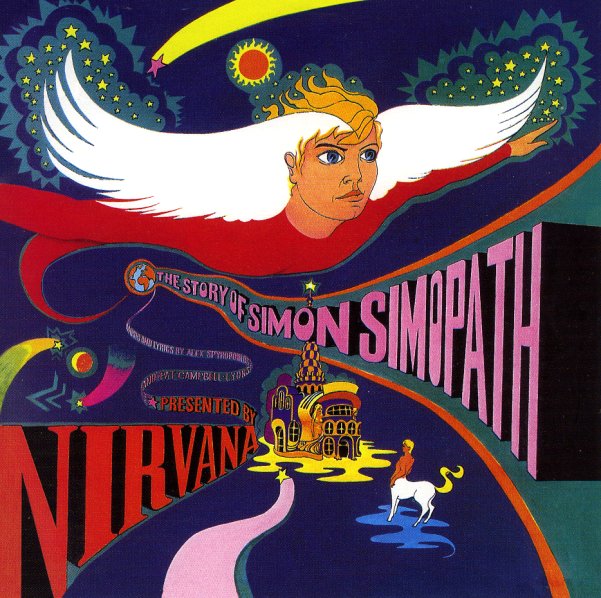 Tremendous! This album is one of the few relics cut by the British group Nirvana – a late 60s ensemble that is not to be confused with the more famous Seattle one – a really cool combo who are way more than the usual pop psych of the time – and have so many great twists and turns of their own! The set's a brilliant batch of baroque and trippy tunes – presented as a "science fiction pantomime", but coming off more like a series of fab pop tunes that kind of crossup Brit Invasion and California Sunshine Pop sensibilities. The great Syd Dale (of KPM fame) handled the arrangements, so the album's got a nice extra-groovy punch – and titles include "We Can Help You", "Satellite Jockey", "Lonely Boy", "Wings Of Love", "In The Courtyard Of Stars", "You Are Just The One", and "Pentecost Hotel". CD features the full mono and stereo mixes of the album – plus bonus tracks that include "I Believe In Magic", "Life Ain't Easy", "Feelin Shattered", and "Requiem To John Coltrane".  © 1996-2021, Dusty Groove, Inc.
(Part of the "Golden Era Of Rock – 1965 to 1975" series!)