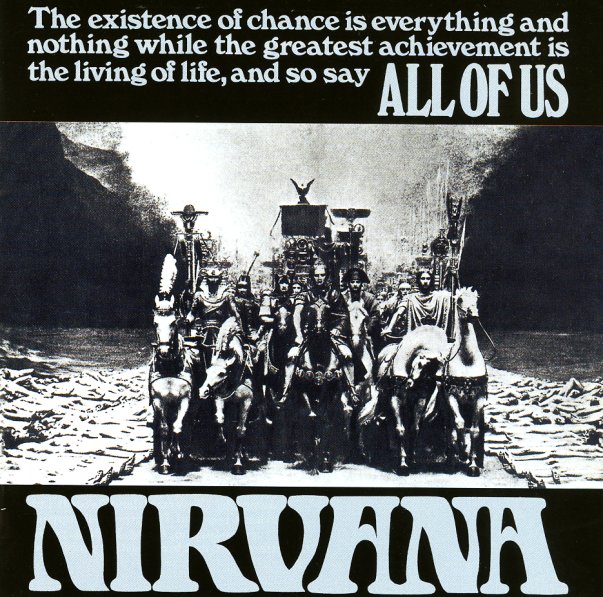 All Of Us (with bonus tracks)

Not Kurt Cobain's Nirvana, but a totally great effort from the late 60s Brit group of the same name – true pop psych geniuses, and able to work here with a sound that's nice and trippy, but never self-indulgent! These guys manage to get nice and spacey with some of the arrangements and production, yet still deliver one hell of a tune – really catchy tracks that make each new number on the album a 60s pop delight, but work that also has the richer depth of some of the more heady material of the time! The balance here is wonderful – at a level that few other groups might match – with echoes of some of our favorite other late 60s moments – like the Left Banke, or Chad & Jeremy's Cabbages & Kings, with great use of strings – but still very much Nirvana's own sound too. Titles include "Rainbow Chaser", "Tiny Goddess", "You Can Try It", "St John's Wood Affair", "Everybody Loves The Clown", "The Touchables", and "Trapeze". CD features bonus tracks "Oh What A Performance", "Flashbulb", "Darling Darlene", and "C Side Of Ocho Rios".  © 1996-2021, Dusty Groove, Inc.
(Part of the "Golden Era Of Rock – 1965 to 1975" series!)