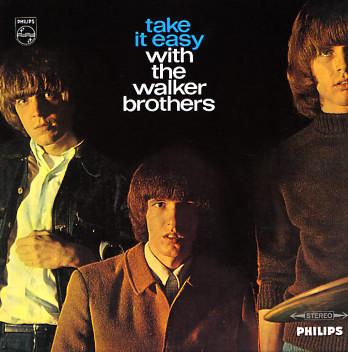 Take It Easy With The Walker Brothers (with bonus tracks)

Great early work by the Walker Brothers! The record's one of their best, and is way better a look at the group's talents than any of the hit-oriented American ones from the 60s! Scott Walker is right up front on most of the tracks – working at a level that really foreshadows his own solo brilliance in years to come. The arrangements are great – directed by Ivor Raymonde with a style that's really beginning to move beyond simple pop – and the album's got loads of great tunes, including "The Girl I Lost In The Rain", "First Love Never Dies", "Make It Easy On Yourself", "I Don't Want To Hear It Anymore", and "Here Comes The Night". Plus, this version is a greatly-expanded one – with 8 bonus tracks!  © 1996-2021, Dusty Groove, Inc.
(Part of the "Golden Era Of Rock – 1965 to 1975" series!)