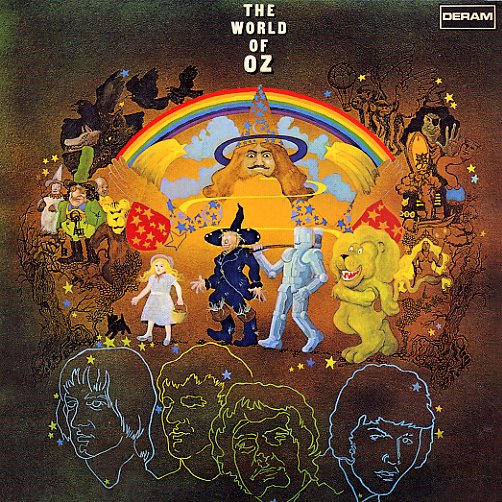 Beautifully baroque work from The World Of Oz – a group who share some of the dreamy vocal stylings of the Bee Gees at the time, but who also work here in a fuller sound that benefits from some groovy arrangements from John Cameron and Mike Vickers! The tunes on the set have a lovely sing-song kind of quality – taking a childlike approach to the subject matter, then tripping them out a lot – almost in an early Status Quo sort of mode, but again with more poise and grooviness. And thanks to the Brit Easy backings on the best tracks, there's even some slightly funky touches that groove the album more than you'd expect from the title and cover – making it even more of a treasure to our ears! Titles include "Bring The Ring", "Beside The Fire", "The Hum Gum Man", "With A Little Help", "Willow's Harp", "Like A Tear", and "We've All Seen The Queen".  © 1996-2021, Dusty Groove, Inc.
(Part of the "Golden Era Of Rock – 1965 to 1975" series!)