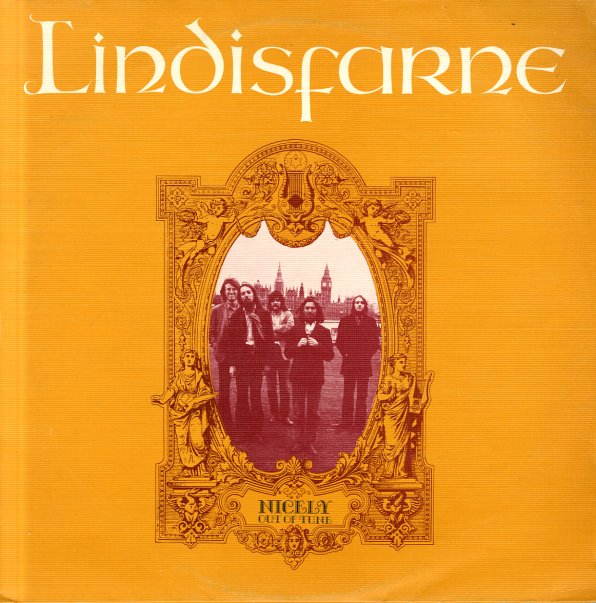 Nicely Out Of Tune (with bonus tracks)

There's nothing out of tune here – as Lindisfarne are at their early best, and have a focus and clarity that really makes them stand out from the rest – even amidst the hipper folk-oriented groups of the UK scene at the time! As with some of their contemporaries, Lindisfarne can bring in some jazzier elements from time to time – but they also electrify things more, too – using both electric piano and organ next to acoustic and electric guitar – and reaching for standout instruments on different tracks, when needed – all to support the well-crafted vocals that make the tunes come across with a very down to earth vibe – especially when the harmonies take over. Titles include "Road To Kingdom Come", "Winter Song", "We Can swing Together", "Scarecrow Song", "Clear White Light", and "The Things I Should Have Said". CD features the bonus tracks "Nothing But The Marvellous Is Beautiful" and "Knackers Yard Blues".  © 1996-2021, Dusty Groove, Inc.
(Part of the "Golden Era Of Rock – 1965 to 1975" series!)