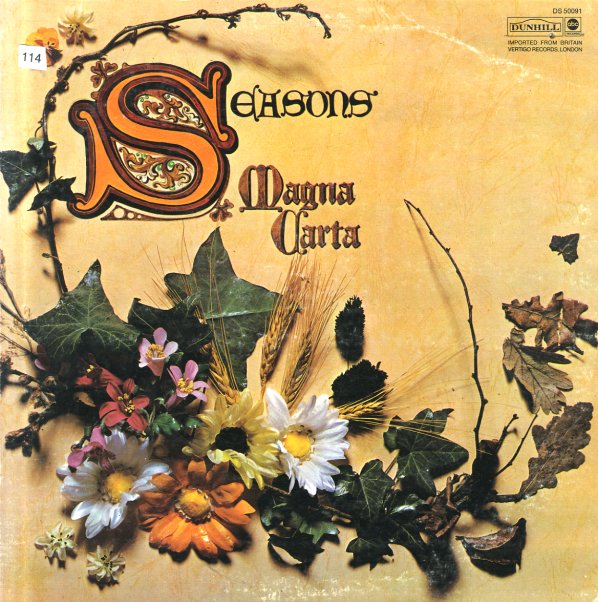 A beautiful classic from Magna Carta – a British group with a sound that's a lot more down to earth than you'd guess from their name – which maybe implies the sort of majesty you'd usually hear from a prog group! Instead, the trio have a very charming, down to earth approach – acoustic guitar and harmonized vocals – moving past folk, but just barely – so that they're using all these more modern chord progressions, and getting some light larger touches in the arrangements – which are all handled by Tony Visconti, who plays bass along with Rick Wakeman on organ and piano, and Peter Willison on cello – an instrument that often shades in the tunes in just the right way. Titles include "Going My Way", "Seasons", "Give Me No Goodbye", "Ring Of Stones", and "Scarecrow".  © 1996-2021, Dusty Groove, Inc.
(Part of the "Golden Era Of Rock – 1965 to 1975" series!)