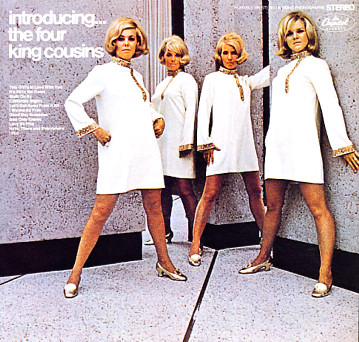 5 Original Albums (Meets Oliver Nelson/Rita A Go Go/Today/Relax With Rita & Pim/Sings Antonio Carlos Jobim) (5CD set)
Philips/Universal (Germany), Mid 60s. New Copy 5CD
CD...$11.99
A wonderful tribute to this European singer – the lovely Rita Reys, served up here in a package that features five of her best albums, all in little LP-styled sleeves! First up is a record on which Rita Reys meets Oliver Nelson – and a host of other great jazz talents, including Lee ... CD