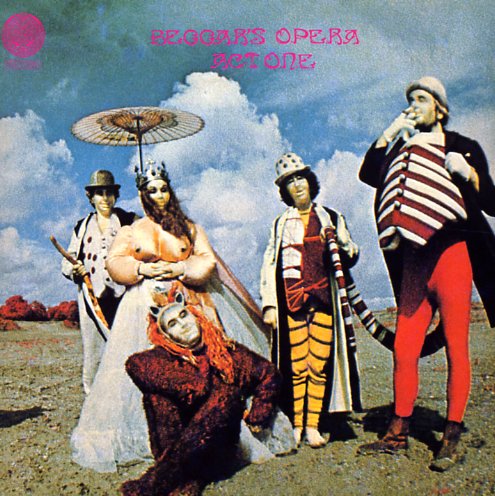 Act One (with bonus tracks)

A jammingly progressive set from Beggars Opera – a short-lived British group with plenty of great organ work from Alan Park! Beggars Opera are poised halfway between the tighter modes of the beat group years and the more stretched out sound of the classic rock supergroups – and the longish tracks here open up with heavier concepts and keyboard work that almost hints at ELP or Genesis, but still come across with some of the more personal, down-to-earth qualities of the progressive scene. Titles include "Memory", "Passacaglia", "Poet & Peasant", and "Light Cavalry". CD features two mono bonus tracks too!  © 1996-2021, Dusty Groove, Inc.
(Part of the "Golden Era Of Rock – 1965 to 1975" series!)