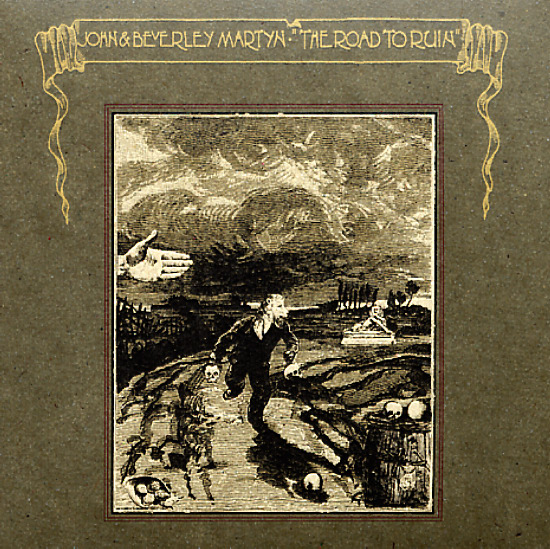 Road To Ruin (with bonus track)

A fuller effort than the initial outing from John & Beverly Martyn – but a record that has an even more unified spirit, and an approach that takes the acid folk ethos strongly into the 70s! Arrangements are mostly by John and Paul Harris – and feature light piano lines that bring some key jazzy shadings to the tunes – working similar magic in the spacious Joe Boyd production as the use of piano on Nick Drake's classic albums. Beverly and John trade off vocals on the tracks, but there's a really unified feel to the record we love – again, we think, because of the jazzier inflections on the tunes – also helped by some guest sax work from Dudu Pukwana and Ray Warleigh. Titles include "Give Us A Ring", "Parcels", "Primrose Hill", "Auntie Aviator", "New Day", "Sorry To Be So Long", "Let It Happen", and "Road To Ruin". CD features a bonus track!  © 1996-2021, Dusty Groove, Inc.
(Part of the "Golden Era Of Rock – 1965 to 1975" series!)