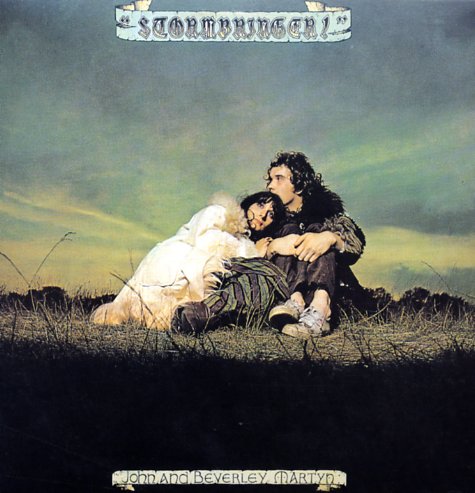 The first album John Martyn cut with wife Beverly – a nicely laidback effort that has the two of them sharing vocal chores, trading off from tune to tune in a really great way! We like John's work so much we're surprised how much we welcome Beverly here – but she really keeps the spirit of the set up well, and offset's John's more traditional folk approach with a slightly raspier, gravelier approach to her lyrics. Instrumentation is relatively light, with spare arrangements from Paul Harris and production from Joe Boyd – and tunes are all originals by the pair, with titles that include "Go Out & Get It", "Sweet Honesty", "Woodstock", "Traffic Light Lady", "The Ocean", "Tomorrow Time", and "Would You Believe Me". CD features four bonus tracks too – unissued demos from the sessions!  © 1996-2021, Dusty Groove, Inc.
(Part of the "Golden Era Of Rock – 1965 to 1975" series!)

End Of The World
Philips (Japan), 1968. New Copy
CD...$13.99
A brilliant criss-crossing of pop modes in late 60s Europe – and the first album from Greek rock supergroup Aphrodite's Child! Although later work by the trio was a fair bit more heady, the approach here is more focused psychedelic pop – done in styles that echo strongly with some of ... CD

Seasons
Vertigo/Universal (Japan), 1970. New Copy
CD...$13.99
A beautiful classic from Magna Carta – a British group with a sound that's a lot more down to earth than you'd guess from their name – which maybe implies the sort of majesty you'd usually hear from a prog group! Instead, the trio have a very charming, down to earth approach – ... CD

Nicely Out Of Tune (with bonus tracks)
Charisma/Universal (Japan), 1970. New Copy
CD...$13.99
There's nothing out of tune here – as Lindisfarne are at their early best, and have a focus and clarity that really makes them stand out from the rest – even amidst the hipper folk-oriented groups of the UK scene at the time! As with some of their contemporaries, Lindisfarne can bring ... CD