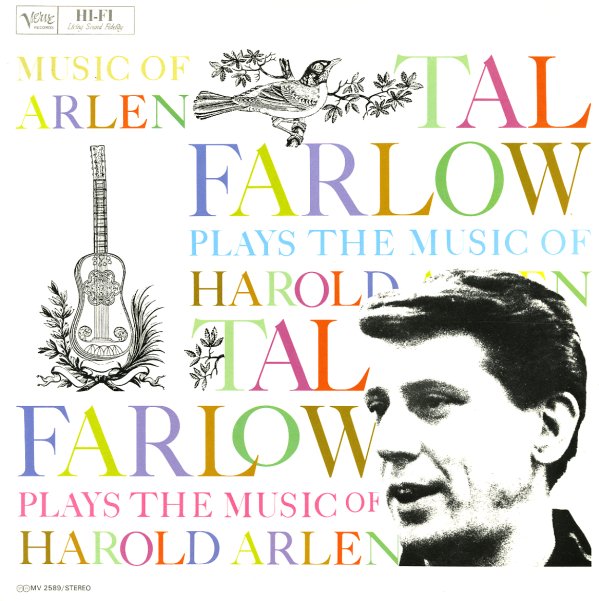 One of the last albums that guitarist Tal Farlow cut for Verve Records – and a beautiful little session that has the dark-tinged tunes of Harold Arlen providing a perfect backdrop for his talents! Tal's a master of tone and timing throughout – and he works with a few different groups on the set – all of which feature Dick Hyman on piano, and tenor and flute from Frank Wess – with other help from Benny Powell on trombone and Charlie Fowlkes on baritone on a few titles too. Titles include great instrumental readings of Harold Arlen classics – including "Blues In The Night", "For Every Man There's A Woman", "Petticoat High", "Lessons In Love", and "Between The Devil & The Deep Blue Sea".  © 1996-2022, Dusty Groove, Inc.
(Ultimate HQ CD pressing – part of the "Tal Farlow 100th Anniversary Collection" series!)

Guitar Artistry Of Tal Farlow
Verve (Japan), 1959. New Copy
CD...$13.99
A crucially overlooked album from 50s guitar giant Tal Farlow – one that's a bit different than you might expect from the "artistry" in the title, as it's actually one of his grittier albums for Verve – and a real delight throughout! The set features Tal in the company of a ... CD