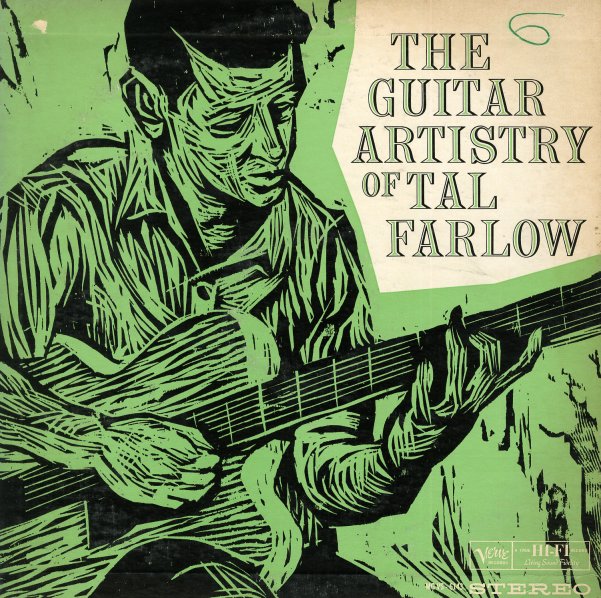 A crucially overlooked album from 50s guitar giant Tal Farlow – one that's a bit different than you might expect from the "artistry" in the title, as it's actually one of his grittier albums for Verve – and a real delight throughout! The set features Tal in the company of a few different groups – an unusual assortment that includes Bobby Jaspar on flute and tenor, Frank Wess on flute, tenor, and alto – and Dick Hyman on piano – all in small combo format, grooving around Tal's lean lines on electric guitar. The session's got a light and jazzy swing that's really wonderful, and which goes a bit deeper than usual on some of the best longer tracks. Titles include "Blue Funk", "Wess Side", "Telefunky", and "Saratoga".  © 1996-2022, Dusty Groove, Inc.
(Ultimate HQ CD pressing – part of the "Tal Farlow 100th Anniversary Collection" series!)