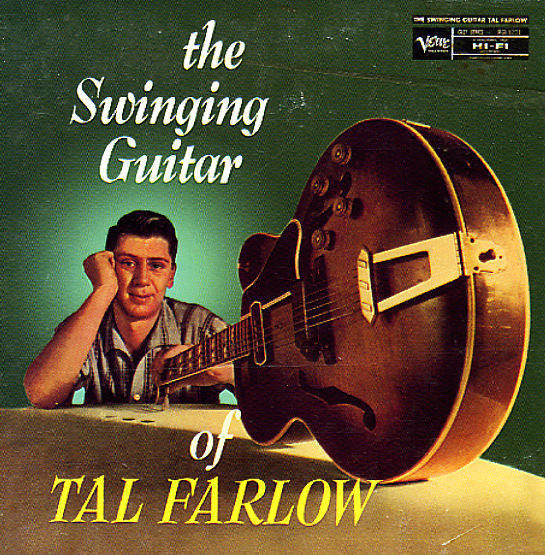 One of the most compelling Verve albums from guitar genius Tal Farlow – a drummer-less trio session, recorded with Eddie Costa on piano and Vinnie Burke on bass – really opening up at a level that lets you hear just how revolutionary Farlow's approach was at the time. Tal's tone is as great as always – edgily carving out some rhythms with the trio, swinging more gently than the title might imply, in a mode that might later be taken up by Jim Hall, but which here is all Tal's own – a fantastic modernist change from the way the guitar had been just in jazz just a few short years before. Titles include "Meteor", "Taking A Chance On Love", "Yardbird Suite", "Like Someone In Love", and "I Love You".  © 1996-2021, Dusty Groove, Inc.
(Ultimate HQ CD pressing – part of the "Tal Farlow 100th Anniversary Collection" series!)