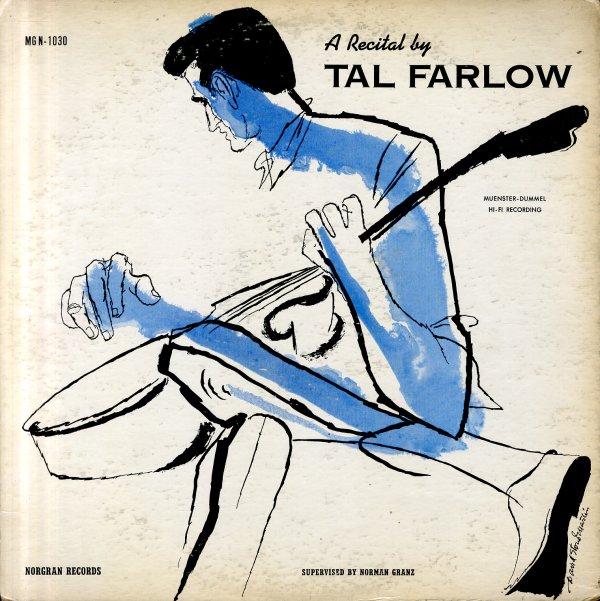 Don't think "recital" in terms of a snoozy session of chamber work – as the album's a real gem from Tal Farlow – one of the rarest 50s sessions by this groundbreaking jazz guitarist! The tracks are long, and the record's cut in an easily grooving style – with help from a very cool west coast lineup that includes Bill Perkins on tenor, Bob Gordon on baritone sax, Bob Eneveldsen on trombone, Monty Budwig on bass, and Lawrence Marable on drums – a very unusual group for a Verve session, and a piano-less one too! Farlow's tone is excellent – and you'll also hear some wonderful work from Perkins, who could really blow with a lot of soul at this point. Titles include "Walkin", "On The Alamo", "Moonlight Becomes You", "Lorinesque", and "Will You Still Be Mine". David Stone Martin cover, too!  © 1996-2021, Dusty Groove, Inc.
(Ultimate HQ CD pressing – part of the "Tal Farlow 100th Anniversary Collection" series!)