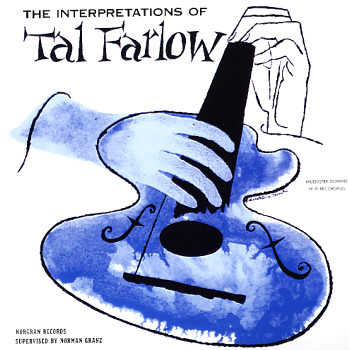 One of the rarest albums by the guitar jazz great Tal Farlow! The set's one of Tal's best for Verve (although they're all pretty darn good), and it features his edgey guitar in a west coast rhythm trio with Claude Williamson on piano, Red Mitchell on bass, and Stan Levey on drums. The titles are mostly standards, but they're played with a nice moody groove that opens them up nicely, despite the short takes on the tracks – that great sense of economy that always makes Farlow work from this period so great. Titles include "Manhattan", "I Remember You", "There Will Never Be Another You", and a solo version of "Autumn Leaves". Packaged in a nifty little cover, with the original David Stone Martin design!  © 1996-2022, Dusty Groove, Inc.
(Ultimate HQ CD pressing – part of the "Tal Farlow 100th Anniversary Collection" series!)