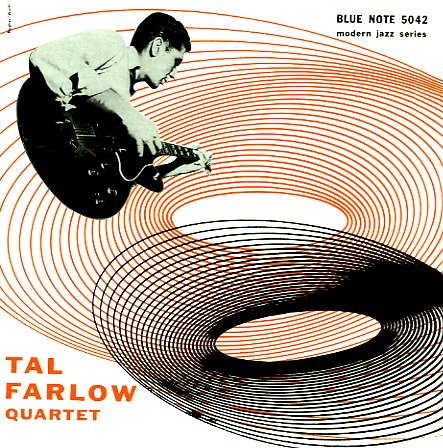 A rare early Blue Note album by guitarist Tal Farlow – pre-Verve material that's really wonderful, and which shows that Farlow was already one of the freshest jazz guitar talents of his generation! The record has a cool 2-guitar frontline, played by Farlow and the obscure Don Arnone – with a sound that's very different from Farlow's other work, decidedly more modernist and edgey – almost in the territory of some of the Gil Melle Blue Note recordings, filled with rich colors and tones. The only other instrumentation is bass from Clyde Lombardi and drums from Joe Morello – the latter of whom sounds great here in a pre-Brubeck appearance. Titles include "Tina", "All Through The Night", and "Splash" – and the cool original cover will make your eyes pop out with delight!  © 1996-2021, Dusty Groove, Inc.
(Ultimate HQ CD pressing – part of the "Tal Farlow 100th Anniversary Collection" series!)