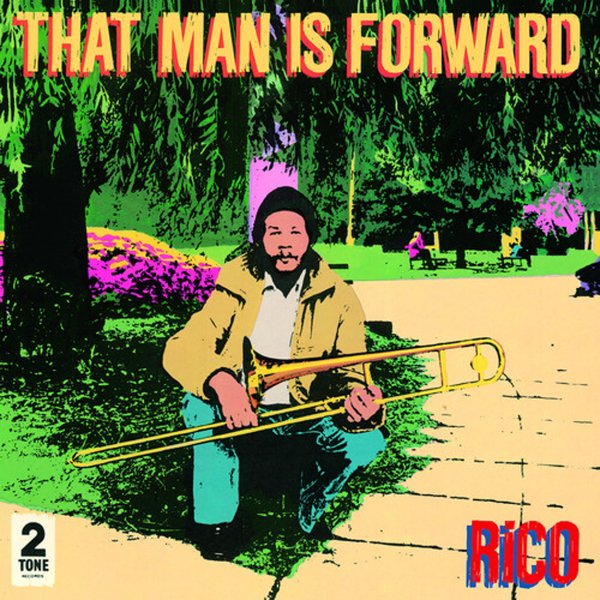 That Man Is Forward (180 gram pressing)

A classic album from Rico Rodriguez – one of the few cuts who can handle a trombone and make it seem like a totally badass instrument! Yet that's what Rico did, and did beautifully on a string of late 70s and early 80s albums that saw him rising up from early Kingston fame to a whole new scene over in London – which he hits very well here, thanks to some nice 2 Tone Record stylings on the production! Yet the core of the album is pre Jamaica – as Rico blows with rhythms from Sly & Robby, plus organ from Ansell Collins, guitar from Mikey Chung and Chinna Smith, and piano from Winston Wright – on instrumental smokers that include "Stay Out Late", "Red Top", "Ganja", "Easy Snappin", "Fiesta", "Chang Kai Shek", and "That Man Is Forward".  © 1996-2022, Dusty Groove, Inc.
(40th Anniversary Edition pressing!)