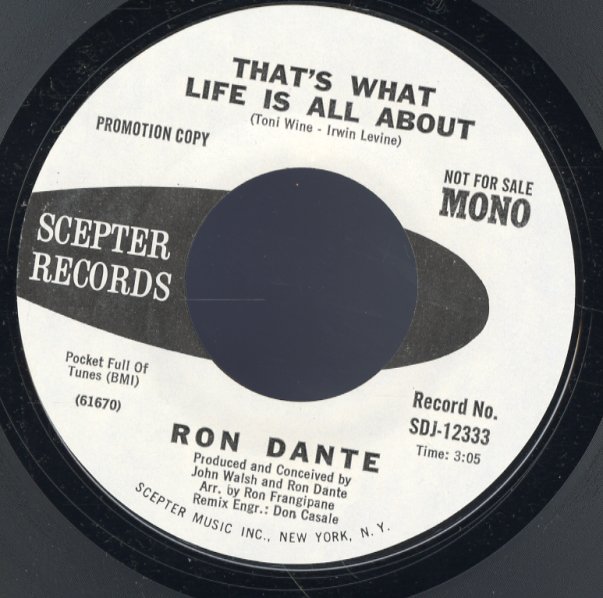 That's What Life Is All About (mono, stereo)