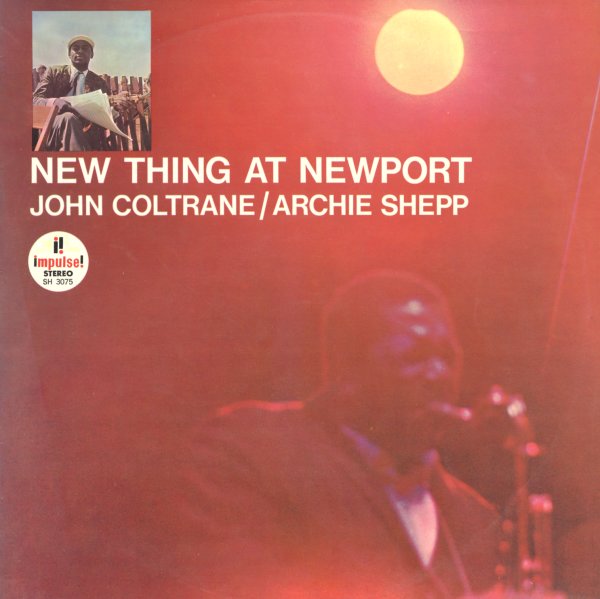 An essential piece of 60's avant garde jazz that often gets overlooked because the album is split between two different leaders – but with John Coltrane and Archie Shepp at the helm, what leaders they be! Shepp leads a quartet that includes Bobby Hutcherson on vibes, Barre Phillips on bass, and Joe Chambers on drums – and the music is some of his best from the 60's. Hutcherson is haunting, and Shepp plays in a beautifully restrained style that brings out all of his best elements, without any of the indulgence that sometimes mars his playing. The group plays all original tracks, including "Rufus", "Le Matin Des Noire", and "Scag". Coltrane's quartet with Tyner, Garrison, and Jones adds one additional long track to the album, the lively "One Down One Up". A great set, and one not to pass up!  © 1996-2021, Dusty Groove, Inc.
(60s Japanese pressing, in a flipback cover.)