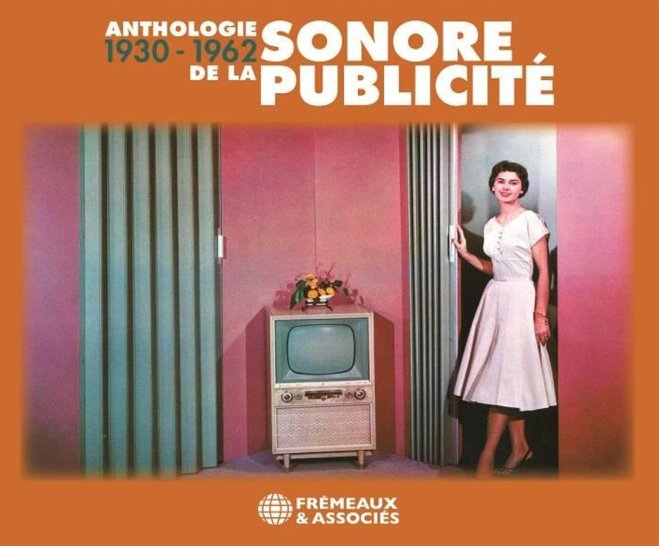 A very unusual collection – one that features all sorts of rare French advertisements from the previous century – a good number of which are songs performed by some of the bigger names of the time! The set's got an unusual format, in that it mixes straight radio ads with songs and jingles – a really striking sort of presentation, and one that will make you feel like you've tapped into Parisian radio at mid-century, spinning through the years as you spin the dial! Most of these tracks were never issued to the public at all, and are pulled from rare tapes and transcriptions – serving up a whopping 88 tracks in all – performed by artists who include Charles Trenet, Jean Valton, Louis Aragon, Ray Ventura, Pierre Daragon, Nicole Ratte, Henri Salvador, Maurice Chevalier, and others – to advertise products that include Cinzano, Gilette razors, Ricard, and even the comic character Tintin!  © 1996-2021, Dusty Groove, Inc.