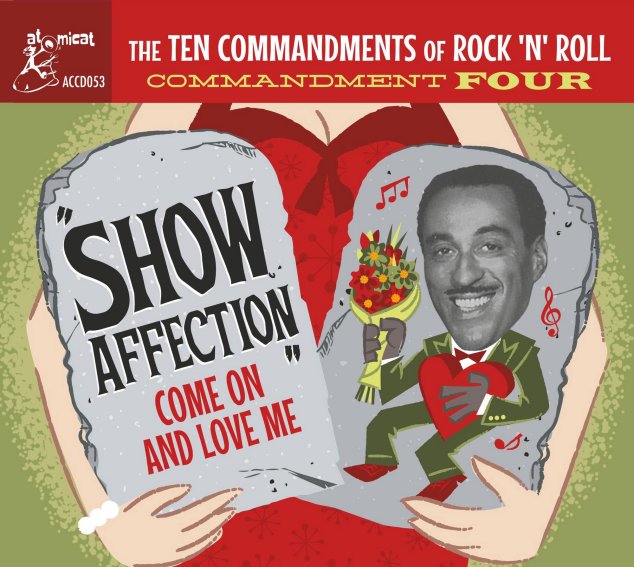 A searing set of tracks that uphold the commandments of rock and roll – but which might also make you break some of the Lord's commandments as well! The tracks here are all raw, gritty, and grooving – the mix of early rockers, R&B, and other late 50s styles we love from these Atomicat collections – presented without much in the way of notes, but packing plenty in the socking set list of 30 tunes on the CD! Titles include "Laurie Anne" by Glen Glenn, "Don't Burn Me Up" by Ray Ellington, "Mama Doll" by Roy Teo, "Liza Jane" by Dale Hawkins, "Steppin Out" by The Flairs, "Yes I'm Gonna Love You" by Sonny Anderson, "Little Jewel" by Tommy Jim Beam & The Four Fifths, "Short Fat Ben" by Phil Barclay & The Sliders, "Pretty Baby What's Your Name" by The Mellows, "I Ain't Givin Up Nothin" by Priscilla Bowman, and "Come On & Love Me" by The Champions.  © 1996-2021, Dusty Groove, Inc.