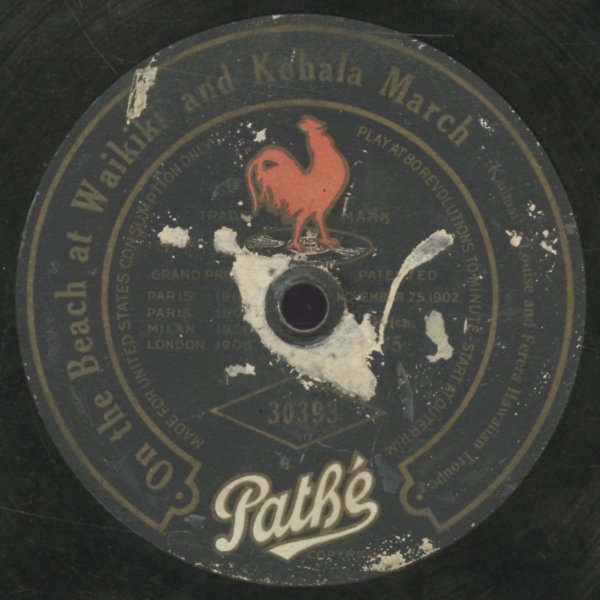 (Labels have a small peeled spot in the center and some aging.)