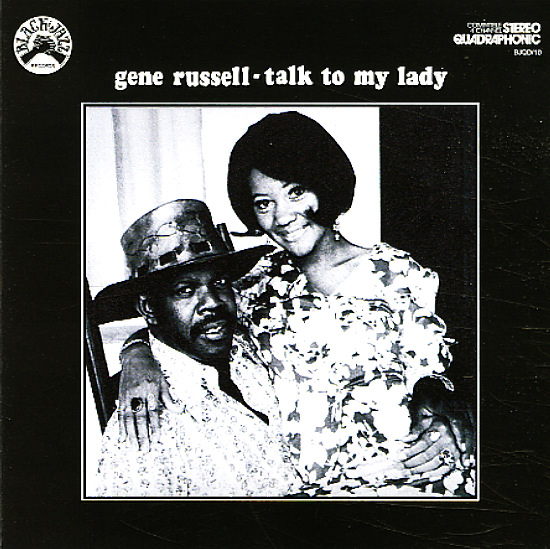 Also available
Gene Russell — Talk To My Lady ... LP 16.99
Some of the hippest sounds we've ever heard from pianist Gene Russell – an album that features heavy use of Fender Rhodes – and a soulful, solid, rhythmic core that comes from the basslines of Henry Franklin, guitar of Calvin Keys, and drums of Ndugu Chancler! The set's one of the greatest in the legendary Black Jazz catalog – and is a perfect illustration of the righteous ways the label's players helped to update soul jazz styles of the 60s – really reworking things here with a fresh 70s vibe, and a sense of conscious energy that flows effortlessly from Russell's work on the keys! Most numbers feature added percussion, which really furthers the spirit of the session – and titles include the massive "Get Down", plus "Blues Suite", "For Heaven's Sake", "Talk to My Lady", "My Favorite Things", and "Me & Mrs Jones".  © 1996-2023, Dusty Groove, Inc.