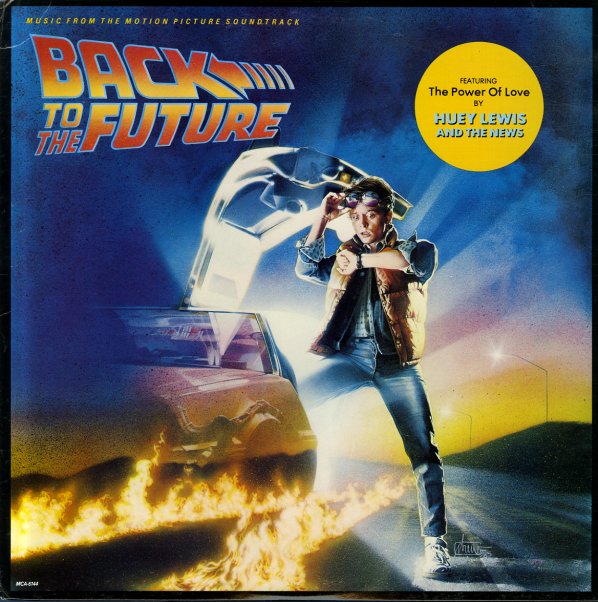 Back To The Future

Go back to the future once again – with a sparkling set of 80s tracks that includes a fair bit of standout rock and pop material! Big highlights here are the tunes "Power Of Love" and "Back In Time" by Huey Lewis & The News – and other 80s tracks include "Time Bomb Town" by Lindsey Buckingham and "Heaven Is One Step Away" by Eric Clapton. Album also features some more 50s-styled material – including "The Wallflower (Dance With Me Henry)" by Etta James and "Night Train" by Marvin Berry & The Starlighters – plus the film's famous performance of "Johnny B Goode" by Marty McFly with the Starlighters.  © 1996-2021, Dusty Groove, Inc.