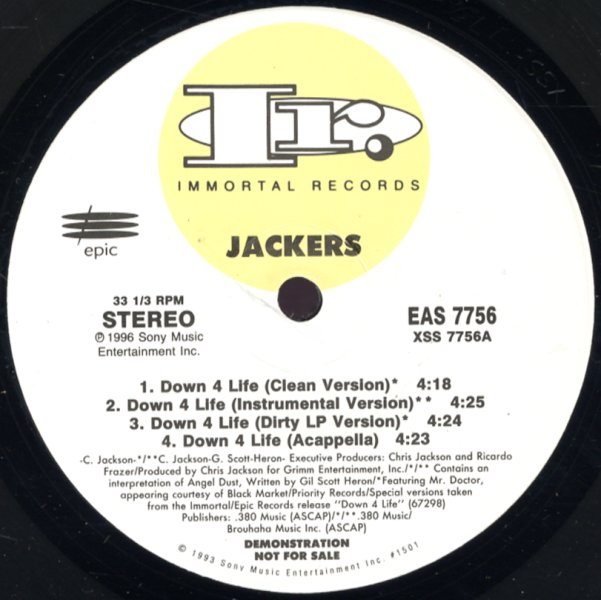 Remix by DJ Muggs.
(Promo in a stickered Immortal sleeve.)