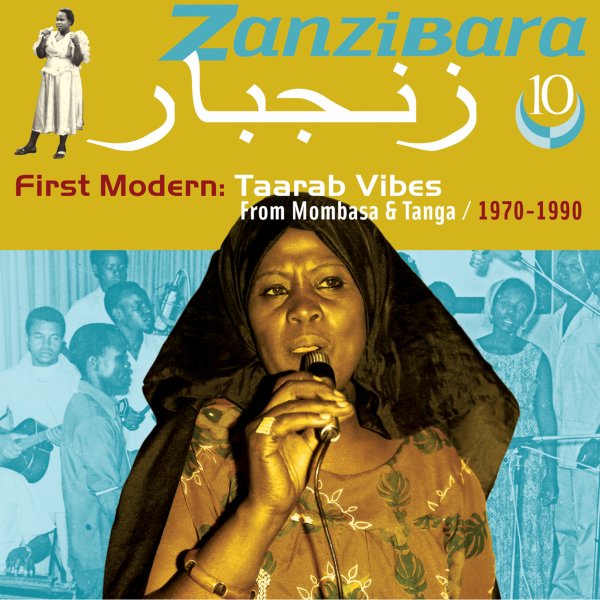 Amazing sounds from a new wave of music that hit the east African coast in the 70s – music from Zanzibar that echoes a lot of the swirling, echoing, other-worldly modes of the Ethiopian scene at the same time – often done with highly-inflected vocals next to a spacey organ line, stark percussion, and some occasional reed passages as well! As you'd guess from the title, the tracks here hail from the coastal cities of Mombasa and Tanga – and they've got a really haunting quality that may well make this one of the best volumes we've ever heard from the Zanzibara series – and one of the few to really rival the genius of the similar Ethiopiques releases. As with those, there's music here we never would have heard otherwise – 15 titles that include "Sikio" by Mohammed Mrisho & Black Star, "Humvui Alovikwa" by Zuhura & Party, "Mapenzi Yamepungua" by Shakila & Lucky Star, "Binti" by Matano & Morning Star, "Nisaidie Mpenzi" by Zein Musical Party, "Kabibi" by Maulidi Musical Party, "Mpishi" by Ali Mkali & Sta Mvita, and "Manahodha" by Malika & Party.  © 1996-2021, Dusty Groove, Inc.

Ethiopiques Volume 29 – Mastawesha – Kassa Tessema
Buda (France), 1972/1976. New Copy
CD...$13.99 16.99
Really hypnotic sounds from Ethiopian singer Kassa Tessema – heard here on two records from the 70s, both of which have a very ancient feel! Kassa has this very deep sound in his voice – a range that really goes down right to the bottom, with less of the higher tones of other Ethiopian ... CD

Ethiopiques Volume 15 – Jump To Addis
Buda (France), 2003. New Copy
CD...$13.99 15.99
Another striking volume in the always-great Ethiopiques series – this one a recent concert, done in honor of, and in the style of, the music on the previous volumes! The set was recorded in Addis Ababa in 2001, and is filled with some really great rhythms, snakey grooves, and some ultra-cool ... CD