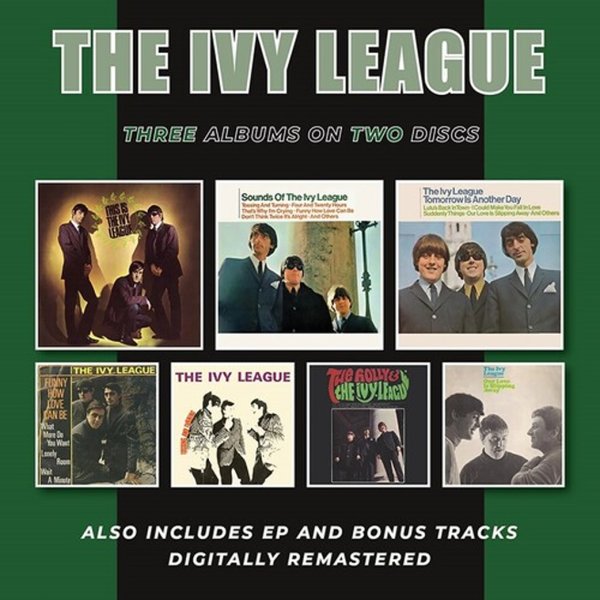 A huge amount of music from The Ivy League – a hip UK group from the 60s, but one who never crossed over big on our side of the Atlantic! The trio were first formed to sing backup vocals on sessions for other folks, but they clearly rose up on their own, thanks to well-crafted harmonies that are clearly inspired by some of the bigger American pop acts of the times, but which also often have a surprising current of jazz – quite a nice blend as these guys can shift between styles you might hear from the Four Seasons and Four Freshmen, with maybe dose of The HiLos thrown in for good measure! The setting is definitely rock, though – superbly produced in the best Brit style of the 60s – which helps give a very unique spin to the way these guys come together. This huge set features everything known to have been recorded by the group – the full albums This Is The Ivy League, Sounds Of The Ivy League, and Tomorrow Is Another Day – plus 19 more songs from singles and EP releases!  © 1996-2022, Dusty Groove, Inc.